Please ensure Javascript is enabled for purposes of website accessibility Statement from the Mayor and Council RE: Caledonia Protest - Haldimand County

Firstly, I want to publicly say that our thoughts and prayers go out to our friend and colleague Chief Mark Hill of the Six Nations Band Council in this tough time.

As this is a very complex issue there have been many thoughts and opinions. Sadly it is difficult to have any real dialogue with those that are so polarized on the issue. When you do, the only argument thrown back is that, simply, you are racist. Well, I know that I am not one and that having a difference of opinion is not only healthy but it is what makes us all better so long as the debate can remain peaceful. Which I will get back to later.

Let me illustrate some facts that some do not want to hear:

Fact 1. An Owner can rely upon a Crown Grant as a Solid Root of Title: A surrender of the lands at 1535 McKenzie Road was executed on March 26, 1835. It was signed by 11 Chiefs. Nearly twenty years later on November 21, 1853 the Crown issued its Crown Patent a copy. By operation of longstanding and settled law, Foxgate, having a Crown Patent, holds a solid and reliable legal root of title.

Fact 2. An Owner can rely on a Chain of Possessory Title dating back to before the Land Titles System: Until the 2000s the Province of Ontario operated under a “Registry System” which generally required owners to provide their rights independently of the Province. In the 2000s, land in Ontario was converted to a ‘land titles system’ wherein the ownership of land could be certified by the Province and relied upon. The Province created a process of conversion to the land titles system which involves notification of adjacent land owners to extinguish any off title or possessory (‘squatters rights”) claims. The McKenzie site lands operated within the Registry System for roughly 150 years. During that time, no claims for an interest in the title were ever filed and it appears that it was farmed by owners having taken title from the original crown grantee Thomas Nichols. During that time, no recorded occupation of the land by the Occupiers was made, yet it was possessed and owned by the various chain of title holders whose interests were recorded in the Provincial Land Registry Office(s) throughout the 150 years of time. No recorded claims for open, notorious or possessory or prescriptive rights against 1535 McKenzie Road were ever made during the 150 year chain of title.

Fact 5. All persons in the Caledonia Community have received notice that the McKenzie site was proposed for development. Two full applications for Draft Plans of Subdivision Approval (2003 and 2006 – the “Planning Applications”) passed through community circulation as required by the Planning Act. The two processes of: (1.) erecting a sign on the site so all passers by would be notified of public consultation meetings, and (2.) then the holding of the public meetings to receive consultative input, were duly followed. No person(s) were denied an opportunity to participate and have their voices heard. The planning process permits anyone who makes a submission at the public meeting to appeal the development to the Land Planning Appeals Tribunal (formerly OMB). Past and current governments have worked to keep this appeal process accessible to all persons. Foxgate has provided opportunity for all persons within the community to provide input, comment, and consultation. Those persons also had the right to appeal the development.

Fact 6. Six Nations Consultation: The Planning Applications proceeded under a specific ‘Grand River Notification Agreement’ between the municipality and the First Nations communities which has been in place since 1996. This agreement has been reviewed and renewed every 5 years. It was followed in 2003 and 2016. No objections to the Foxgate development were made despite circulation under the agreement. Foxgate and/or the County of Haldimand specifically provided the Six Nations with notification of the McKenzie development at least twice over the span of 13 years in the ‘agreed to’ method of doing so.

Fact 7. Foxgate Accommodated the Six Nations: From April 2018 to May 2019 the attached “Definitive Agreement” was negotiated and eventually struck between Foxgate and the Six Nations. Funds were paid and land was transferred. Contrary to social media the agreement is not a land purchase and as expressed by Band Council was legally obligated to do so. The consideration flowing from the Six Nations to Foxgate was simply an agreement to provide continued support and refrain from protests.

Fact 8. Ontarians are entitled to rely on their Courts: Foxgate obtained two orders of the Superior Court of Ontario requiring the Occupiers to vacate the lands at 1535 McKenzie. The Orders were dated July 30, 2020 and August 7, 2020. This second order was necessary in order to provide the Occupiers with a right to protest the injunction after having received the first one. The Occupiers did not participate. In fact, rather than attending the injunction hearing on August 7, they simply returned to the site on August 5 in violation of the existing order. Despite this continued violation, the Province has permitted the Occupiers to remain in contempt of the Orders now for weeks. In fact, when the Occupiers were arrested on August 5, 2020, they were released from custody and permitted to resume the contempt of the court’s order openly defying both the jurisdiction and authority of Ontario’s Superior Court. It is not acceptable that the contempt of the Court Orders continues for weeks to be tolerated.

Fact 9. The Hardships have been Ignored to the Detriment of Hard Working Ontarians: It is now one month since the occupation began and almost three weeks since the original court order was obtained. The costs and expenses of leaving a 25 acre construction site vacant are incurred by honest, hard working, tax paying, Ontarians. These people who have committed to work or live in the McKenzie community are the economic engine of Ontario. The completion of services to, and then construction of, the McKenzie 219 home project will either employ or house over 1,000 Ontarians who will support their families and pay their taxes on payroll deductions or via land transfer taxes. Currently excavators sit idle in Caledonia. They will need to be reassembled and repainted at the contractors’ cost. 500 Home-Buyers have invested twenty million dollars in deposits towards their dreams of home ownership now have their plans left on hold indefinitely. Construction workers and trades are on standby, waiting for confirmation whether their contracts to supply labour or materials for the construction will be honoured. All stakeholders in the McKenzie project – developers, builders, homebuyers, lenders, trades and community members have relied on the above eight facts to get where we are. Conversely, the protestors had the above eight opportunities to peacefully and legally object to either Foxgate’s title or its development. None of the nine legal ways were chosen. For equitable and economic reasons in addition to legal and planning reasons, the McKenzie project must resume as quickly as possible.

As you are, I am tired of hearing about stolen land and that we are guilty of stealing land. We did not steal any land as everyone has legally bought and paid or paying for the property that they rightfully own. The Federal government is solely responsible for the mismanagement of land over the years with respect to our First Nations people across Canada and they will be the party responsible to make the appropriate amends. Not you or I.

If the protesters are objecting the Band Council misrepresenting them or the Confederacy then they should be working within the territory to establish a more transparent method of governance that ALL the people can support and ultimately benefit from. Again that is not the developers problem, nor the people of Haldimand. As Mayor I would be more than happy to work with all invested parties to help that process along.

Ultimatums never accomplish a successful conclusion and, the process that is currently being adopted is an ultimatum and I do not support it and always will speak out against it. I am not racist, I believe that everyone should be treated fairly and equally and I take pride in that our Council and staff of Haldimand County have constantly taken that approach over the years with ALL of our ethnic friends regardless of what origin they are from.

There has been plenty of conversations over the past couple of weeks behind the scenes with many different people. Like the Premier of Ontario states, there is one rule of law for all people in this Province and, like him, I expect that everyone will follow that rule of law.

Holding up this developer and those that are currently waiting for their homes to be built is not going to accomplish anything but stain the good reputation of the many people who have, over the years, been trying to re-establish what existed prior to Douglas Creek Estates.

I look forward to the peaceful end to this ILLEGAL occupation, and I will not support lifting the injunctions until all roads, railings and property are completely vacated.

We fully expect that the OPP will act on these injunctions should those so choose to continue to defy the wishes of the majority on Six Nations and Caledonia. 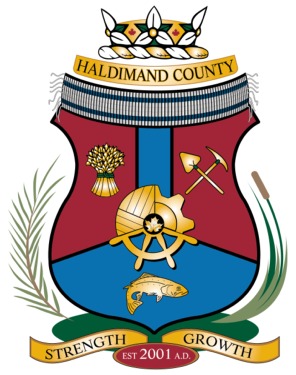